A Case History of a casual relationship causing severe physical pain and being resolved by distant healing.

[Reproduced with kind permission of “Hilary”, – not her real name.] 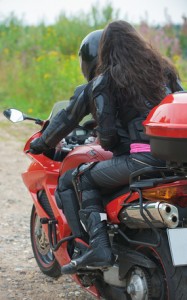 Hilary woke and stretched languidly in bed.
Suddenly, her left ankle was very painful as if it were sprained.

Some three days later she contacted me as it was badly swollen, and as painful as if it had been really sprained. She had difficulty walking on it.
Hilary had no recollection of any recent accidental damage to her ankle.

When Hilary phoned and asked me to “have a look” at it distantly, I used kinesiology or dowsing techniques ( muscle testing ) to establish that the problem was related to another woman whom she had last met 3 days previously.

Hilary immediately recalled a particular person whom we shall call “Gwendolin“.

“Gwendolin” was a new acquaintance but somewhat needy by nature.

I worked distantly with the relationship cord between them and healed it. ( I did not “cut the cord” as per common practice.

Hilary’s ankle then felt slightly better.
I asked her to move it gently and feel into the remaining pain.
She then identified what felt like a sharp point of pain in one particular area. 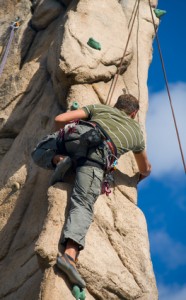 To me it felt like a piton, one of those incredibly strong metal devices used in climbing and very appropriately used to connect your lifeline.

I then used quantum healing techniques to help remove the pain from that particular area.
Hilary’s ankle immediately felt better but somewhat bruised.

Later the same day, Hilary confirmed her ankle was near perfect about 1 hour after the distant healing.

2 months later the problem has not recurred.

A) Relationships can affect our health, even casual ones

B) Distant healing can be used to identify the source of unexpected conditions.

C) Distant healing can be used to guide a person to focus on their condition and use their innate healing abilities to resolve pain and other issues.

What are relationship cords?

Was this cord put there deliberately?

Yes, I believe so, but at an unconscious level

Can they last for years?

“Cutting” cords is a common practice which is definitely not always successful. I heal them with forgiveness and have had to heal client’s cords which had been disconnected in “cord cutting ceremonies” years previously.

Can they be only from people who are angry with me?

No, they can be from anybody, in some cases from people you may not apparently have a relationship with as described in this Case History.

Can we heal our own relationship cords?

Possibly.
If you are angry with somebody, you must let go the anger and forgive them before you can heal the cord to them.
Else you are holding on to the situation and are NOT prepared to let go.

Do you need to believe in cord “cutting” for it to work?

Does it affect the other person?

Contrary to much published information, yes it often does but in a positive way.
I have known of cases where the second party to a cord healing in an a different country has contacted the first party to positively make contact after years of isolation soon after the cords have been healed.

Can more than one cord be healed at one session?

Yes, all which are relevant at that time. It is possible to test and identify how many and which ones are important.

Yes – article coming soon, email me jim@differentlight.org if you need urgent information or to book a session.

Lack of Happiness in our employment can eat away at our performance, confidence and health. I know, I spent a whole 2 years there. It was not the redundancy which surprised me ( I was very pleased with that) it was the comment of a friend months later who pointed out what a miserable $%%&^&*…

A friend of advanced years did not know how to say NO! He had too many visitors and interruptions to his work. “John ” said that saying NO! never worked for him. I asked him to say a firm NO! to me. It was totally unconvincing, he obviously did not mean it! When he said…

Holding onto a grudge or hurt feeling has zero positive benefits. Letting it go makes life much easier. But can it be the key to Health, Wealth and Happiness? I believe so from my own and shared experiences. Plus there is a medical link to suggest it could be true. The power of my own…

I love moments like this. A true story of a profound distant healing and synchronicity about one family sharing together from a separate source. This morning I was completing a distant healing for members of a family 2000 miles away in Turkey. No phone. No Skype. In distant healing sessions, I often get deep insights…

A true story of how a spontaneous Skype call lead to connection and healing. While busy working online, a past client and friend popped up on Skype. Let’s call her Janine. We had not been in touch for several years. I “remembered” Janine was from a troubled country, suffering from war and civil strife. My…

This website uses cookies to improve your experience while you navigate through the website. Out of these cookies, the cookies that are categorized as necessary are stored on your browser as they are essential for the working of basic functionalities of the website. We also use third-party cookies that help us analyze and understand how you use this website. These cookies will be stored in your browser only with your consent. You also have the option to opt-out of these cookies. But opting out of some of these cookies may have an effect on your browsing experience.
Necessary Always Enabled
Necessary cookies are absolutely essential for the website to function properly. This category only includes cookies that ensures basic functionalities and security features of the website. These cookies do not store any personal information.
Non-necessary
Any cookies that may not be particularly necessary for the website to function and is used specifically to collect user personal data via analytics, ads, other embedded contents are termed as non-necessary cookies. It is mandatory to procure user consent prior to running these cookies on your website.
SAVE & ACCEPT